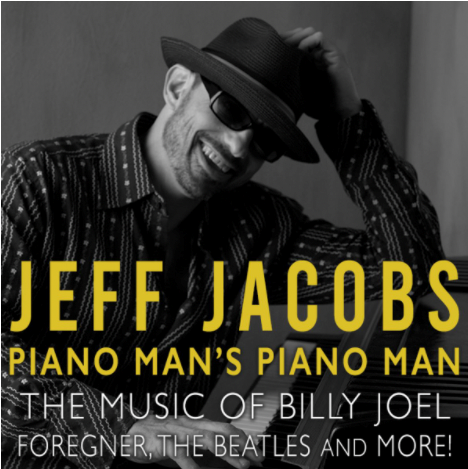 A solo journey through the classic music that you love by one of its creators!

A former member of the Billy Joel Band, Jeff Jacobs appeared on both of Joel’s number one hits, “We Didn’t Start the Fire” and “River of Dreams.” He has appeared on several of Joel’s albums and tours, most notably “Storm Front” and “River of Dreams,” and has earned the title of “The Piano Man’s Piano Man,” which Joel himself has used to describe Jacobs on many occasions.

An accomplished pianist, vocalist, keyboardist, producer, composer, and storyteller, Jacobs was also a member of Foreigner from 1992– to 2009 and toured with Foreigner vocalist, Lou Gramm. In addition to his work recording and touring with Foreigner and Billy Joel, Jacobs also spent time as a member of Julian Lennon’s band.